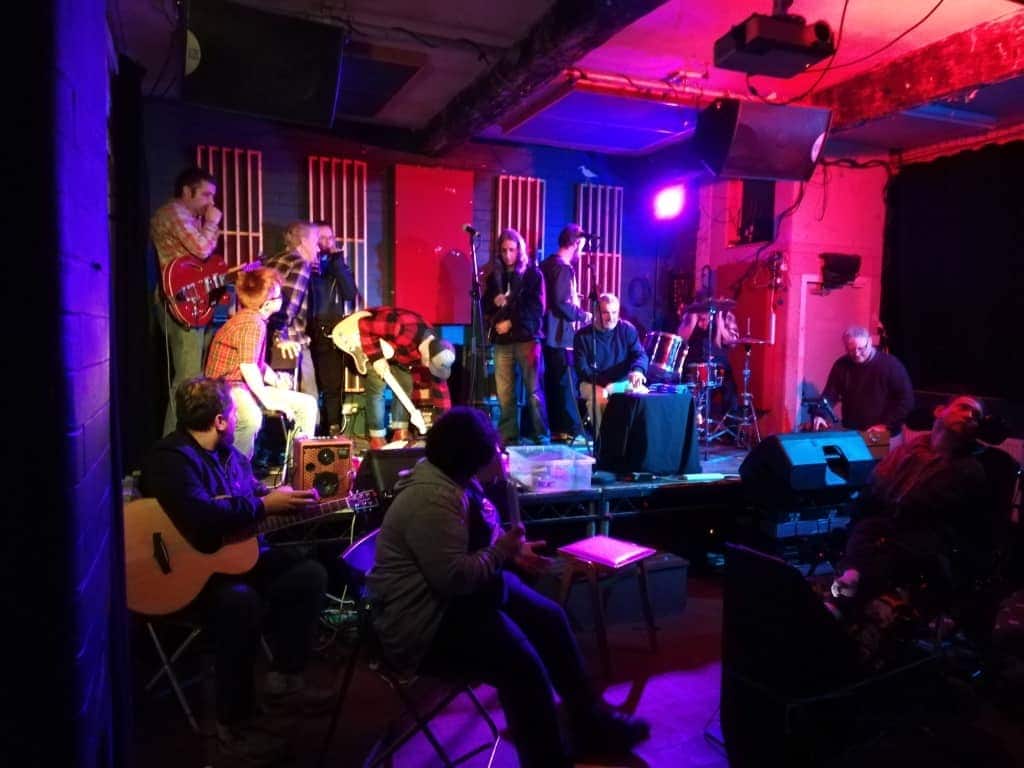 In March 2019 Pyramid welcomed back our friend Alan Courtis.  Alan is an Argentine musician, artist, composer and sound artist. He played electric guitar in diverse bands and in 1993 he co-founded the group Reynols.

Alan worked all weekend with a group that included members of Ultimate Thunder, and other musicians from within Pyramid and from Leeds.  The group worked together to create 8 new songs which they performed, at the end of the weekend, at Wharf Chambers.  Musicians involved were; Alain Courtis, Andy Abbott, Damien Dixon, Demented Dave (Dave Goldthorpe and David Turner), Eli Smith, James Hill, James Mabbett, James Heselwood, John Densley, John Greaves, Alex Sykes, Matthew Watson, Scott Anderson and Stuart Illingworth.

Some cookies are optional and you can choose if you want to accept them.

The optional cookies we use are for Google Analytics.  This is a way for us to learn more about how people use our website.  For example, it tells us which pages of our website are visited most often.

Clicking 'accept' will then save your changes.

You can learn more about cookies at https://www.allaboutcookies.org/
Necessary Always Enabled